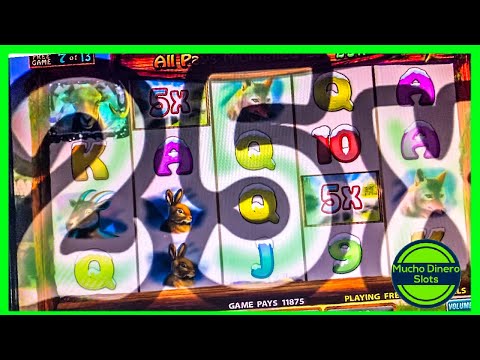 Stopped by Wheeling island tonight after visiting my parents. We got a free room so we figured we would give it a shot.
The room is pretty nice. Got a room on the 4th floor at the end of the hall. King bed, refrigerator. It’s good enough for me.
Casino was busy for a Sunday afternoon/evening. I found out this is because PA casinos are still closed. So the casino in Pittsburgh and Washington are closed. They are getting more business.
1 craps table open, 10 dollars (which is odd for Wheeling). All their table games were 10 or higher.
I bought in for 200. Place the 5/6/8, collect twice, place the 9 on the third hot and press one unit each hit. Unless I’m shopping then min pass line 1x odds and place 2 numbers. They have the fire bet here. Spoiler, never saw a 4 pointer or higher.
My first 200 when ok, played for an hour and fifteen before it was gone. Full table of 6 so I only shot a few times and when I did it was terrible. Nothing to write about the first time.
The second 200 was much more interesting. A guy and his wife each bought in for 500 but shared the money in a single rack. The crew tries to stop them, but let it go. When the guy shot he hoped the hard 6 for 35 and the easy 6s for 10 each. Every roll. I think he hit it once and his wife told him to stop. They were playing mostly center action. They did not fair well.
When they left two other people showed up. This is where it gets interesting. Guy buys in for 300. The. He throws some money in the center thinking they had ATS. They didn’t. He asked how he could bet his 300 on all the numbers. I believe he ended up with like 30 on each number. I was the shooter and it made me nervous. The point was 8. I rolled for quite a while hitting lots of box numbers and finally hitting the 8. I didn’t hit a second point. That guy made bank. When he shot he put 50 on the line (max) and 500 in odds (max). He had 100 on the 4 and 10. Don’t remember what he had inside. He hit a few points and left with his pockets stuffed with green chips.
The other person that bought in was a last. She bought in for 600 and made so much center action each turn it was crazy. 20 dollar horn, 5 big red and 1 dollar on each hard way hoping. Sometimes she would add a 15 dollar three way craps or press her horn. She did ok, but that center action drains you. I hit a 2 and then a 12 for her while I was shooting but she was losing it all as I walked away. Every payout was a math equation to figure out what she got paid and how to keep everything up. She would press those center bets and call bets to her dealer to press if she got the urge. She was very nice but it slowed the game down.
I walked away with my original 200. I was hoping to play in the morning but the pit doesn’t open until 3pm on Mondays.

Which Male Actor had the best run in the 60s?

On the way back from visiting my parents, my wife and I stopped at Wheeling Island Casino. We also enjoy the place and it was our first time there this year.
$5 table, firebet. 10X odds and I think double field. 3 per side, plexiglass between stations, but they weren't attached to the table, they were on poles.
Just me and one other guy. He buys in for $1000, I bought in for $100. The dealers were fantastic and made the game so much fun. Gave me lots of shit and took it well too.
The 1K guy doesn't same bet. His strat was $25 on everything. If it hits, say the 9, it pays $35? The quarter goes on the 9 and he takes the ten. Basically he always puts the green chips on his bets and takes the change.
He made some big horn bets and made some of them two way. Hit a 2 and then a 12 for him. Made about 500 off of those.
He hit a 4 point fire, I never hit the 4 pointer, but hit 4 points on a roll. I'm betting 1X odd, he's betting max. By the time I colored up, he has his two racks full of green and started on the rack beside him.
Anyway, I was betting my usual 5/6/8, collect 2, place the 9 and start pressing. However, due to the firebet, I had to make a pass line. So it was really, pass, 1X odds and place two numbers.
My first $100 went very quickly. But the second went well. I left with a purple chip ($500) so I made $300.
Dealers were on the line for $1 everytime I shot, plus they got $1 odds (2 if the point was 5/9 because I'm a good guy right)? When the rolls got hot, put them up for a dollar on all the inside numbers and replaced them when I hit. Plus we hit a few two way hard ways. I would guess that my tips (plus the chage left from my $500) were close to $100. They were super nice, always reminded me of my bets and even paid for a number that I forgot to place. I take care of them, they take care of me. The pit came over a few times to watch the guy with all the green chips (never wanted black, so he had $300 of green stacked on the 9 at one time and didn't want them to swap them out for black).
He was tipping well too. The dealers made $50 or so on a horn bet and he tossed $25 chips over to the box more than a few times. Was a really nice guy who could make some money. That crew made bank for a Friday afternoon around 1.
A few other people came and went, including a new guy who couldn't figure out how to wear a mask (which they reminded him enough that they warned him he would be asked to leave if he didn't keep it on).
Such a great time. Should hold me over until my Vegas trip in December!

A [Super Long] Story Archive: My Aneurysm Given Human Form